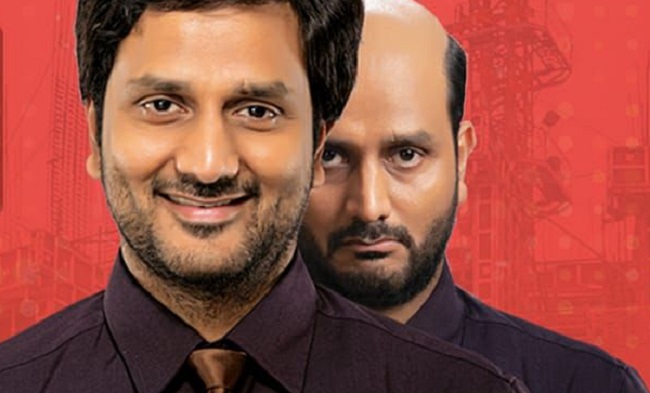 A trailer for Ruhani Sharma from Srinivas Avasarala and Comedy Entertainer 101 Jillala Andagadu has been released.

The trailer is all about the main character’s attempts to hide his baldness with the help of a wig. How this got him into trouble is ludicrously said.

Directed by Rachakonda Vidyasagar, this film was written by Srinivas Avasarala himself.

The film was produced by Shirish, Y Rajeev Reddy and J Sai Babu and presented by ‘Dil’ Raju and Krish Jagarlamudi at the Sri Venkateswara Creations and First Frame Entertainment banners.

101 Jillala Andagadu has lyrics by Raam, edited by Kiran Ganti, music by Shakthikanth Karthick, and lyrics by Bhaskara Bhatla and Sri Vishwa. It comes out on September 3rd.